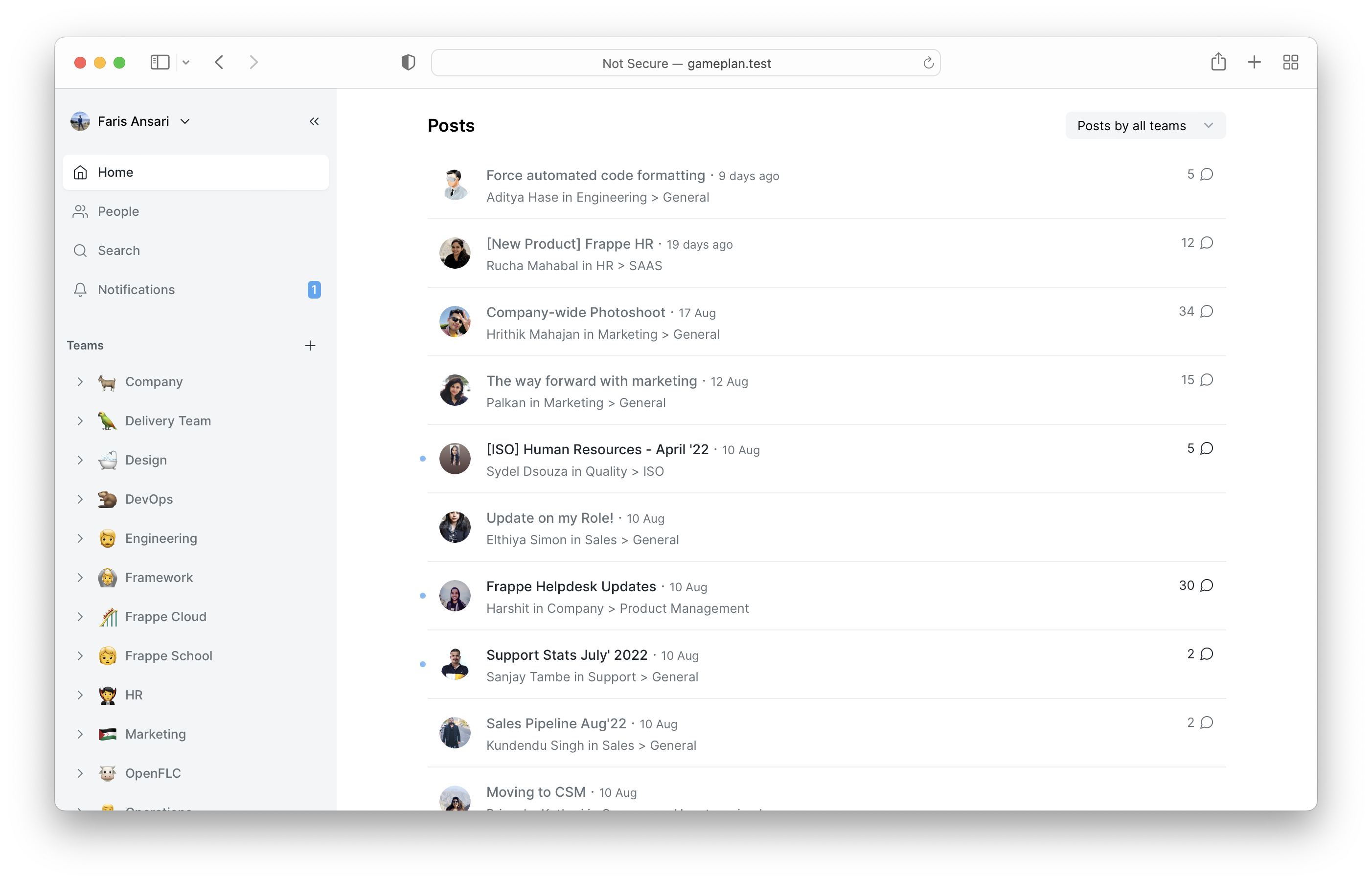 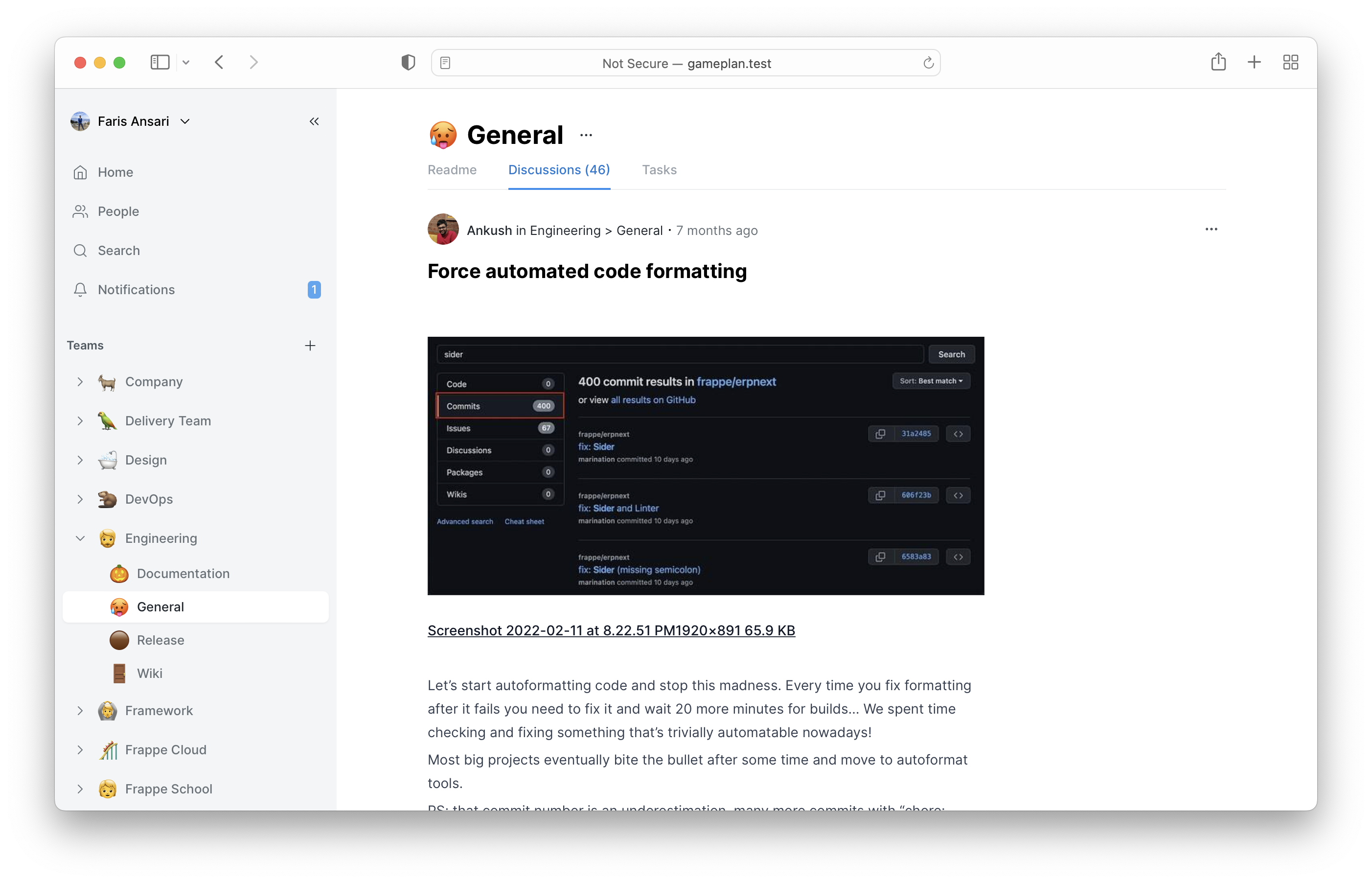 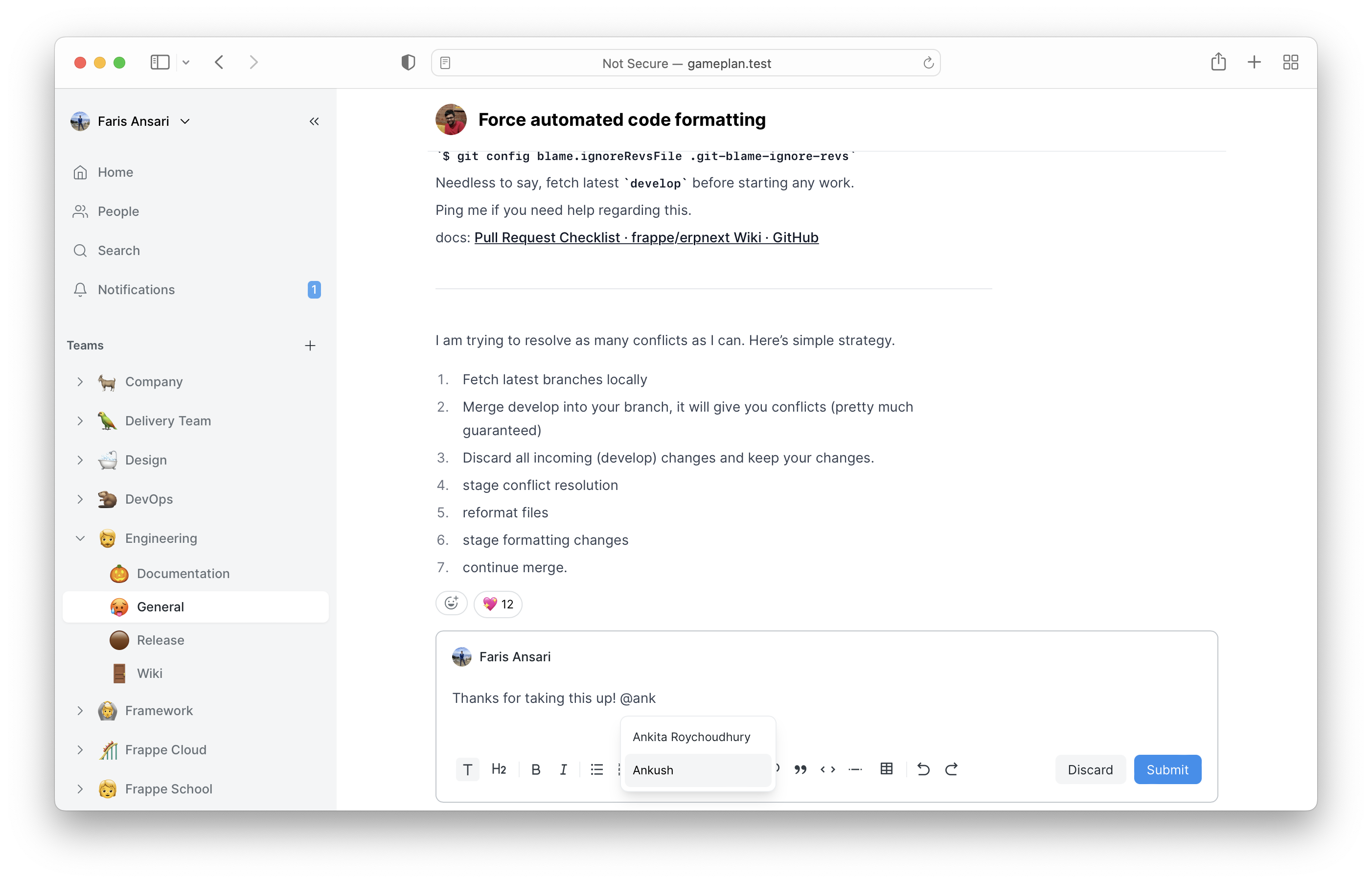 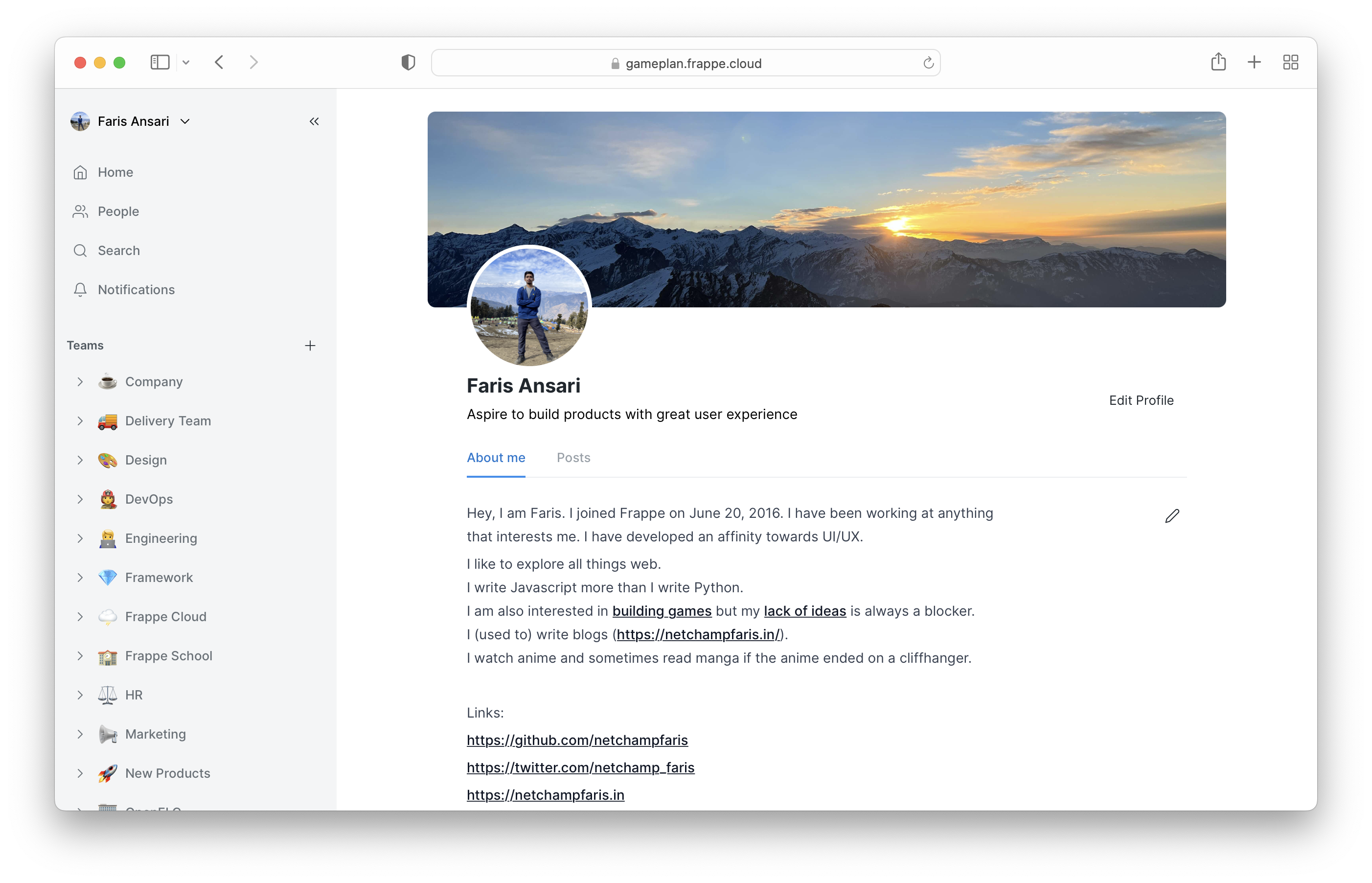 Gameplan is a work communication tool for teams who mostly work remote and prefer having meaningful discussions in an async format. We built it for ourselves because we were finding it difficult to keep track of so many conversations in our chat tool. Chat forces you to be online all the time and doesn't really have any concept of threaded discussions. Gameplan allows you to categorize your discussions around projects and teams. It also doubles up as your team's knowledge archive. You can surface important information and conclusions from your discussions into the readme's of your projects and teams.

Gameplan is built on Frappe Framework which is a batteries-included python web-framework. These are some of the tools it's built on: - Python - Redis - MariaDB - Socket.io

The frontend of Gameplan is a VueJS SPA which uses a component library called Frappe UI. These are some of the tools used on frontend: - VueJS - Frappe UI - TailwindCSS - HeadlessUI

You need Docker, docker-compose and git setup on your machine. Refer Docker documentation. After that, run the following commands:

Wait for sometime until the setup script creates a site. After that you can access http://localhost:8000 in your browser and Gameplan's login screen should show up.

Currently, this app depends on the develop branch of frappe.

Gameplan can be deployed in a few clicks on Frappe Cloud.

If you want to self-host, you can follow official Frappe Bench Installation instructions.

If you have an idea that you think Gameplan should implement or you just want to hangout with other Gameplan users, you can join Discussions.

If you find any bugs, feel free to report them here on GitHub Issues. Make sure you share enough information (app screenshots, browser console screenshots, stack traces, etc) for project maintainers to replicate your bug.

No reviews yet, be the first to review.